If you are an amateur chef and still new to cooking and baking, you will need to know what shortening is. The term refers to any type of fat that remains solid at room temperature, under normal conditions. Though butter qualifies to be considered shortening, the norm is to apply the term more appropriately to something like margarine. It is used by chefs to give a crumbly pastry-like texture to a dish that they are preparing.

Just like butter, shortening is a fat and is interchangeable with butter in most baking recipes. In fact, it’s more similar to lard in consistency because it’s basically a fat that remains a solid even at room temperature. That’s why it doesn’t have to be refrigerated unlike butter, which will melt at room temperature. Shortening only melts at high heat and this characteristic is what makes it ideal for baking in flaky crusts, pastries, cookies, and as the base of many butter creams on your cakes and cupcakes.

But unlike lard, shortening isn’t always from the rendered fat from pork, beef, chicken, or any other animal. The most common shortening, in fact, is vegetable shortening. This general term can mean it can contain a number of oils, from coconut oil to palm oil to soybean oil. It’s processed to have no water content, resulting in a fat that is completely a fat. That’s what makes it fantastic replacement for butter in baking recipes.

However, one of the biggest downsides of vegetable shortening is that it’s flavorless. Butter cookies, for example, require butter, not just for the fat, but also for its flavor. Replacing the butter with shortening will result in cookies that are less than tasty. This is easily remedied by using shortening that has flavor added to it which is why butter-flavored shortening was developed.

Generally speaking, here in the USA, “shortening” has come almost exclusively to mean hydrogenated vegetable oil.  Specifically, Crisco’s ingredients are soybean oil, full hydrogenated palm oil, palm oil, mono and diglycerides, TBHQ and citric acid. It’s a semi-solid fat with a higher melting point than butter or margarine.  For us cake decorators, that means if you use it in frosting, it won’t melt as quickly as butter-based frosting.   Also, it doesn’t require refrigeration.

In this article, we will discuss 5 substitutes for shortening. They are as follows:

If you are searching for a shortening substitute, to be used in pastries, biscuits and cakes, then, butter are good choices. However, you must make sure that the flavor of butter suits the recipe. Health conscious people can opt for low-fat versions of these products. Such low-fat versions may not be as effective as shortening, as they do not melt easily. You can substitute shortening with the same amount of butter, if the latter is measured by volume (one tablespoon butter for a tablespoon of shortening). If you measure by weight, you have to take 25% more butter/margarine. In case the recipe has salt as an ingredient, reduce its quantity slightly (while using butter as a substitute for shortening).

Vegetable shortening is a kind of compound of hydrogen containing vegetable oil that has trans fat which is not a healthy option. Instead of vegetable shortening, using vegetable oil to increase the fluffiness of baked goods is a method employed by many. Canola oil is one example of such a replacement. However, if you are not proficient enough as a chef, your baked items might retain some of the oiliness of the ingredient which may be a little unpleasant to those who have a sensitive palate.

Lard can also be used to replace the usual shortening that you use for your baking. However, if not used properly, your baked item can retain a porky or meaty flavour to it. If you are still an amateur in your skills and are having guests over it is best to choose other options until you get better at using lard.

Brown butter can also be used as shortening substitute for vegetable shortening. In fact, it is actually a much healthier option. If you can manage to find the time to brown your butter at home, this turns out to be an even better option.

Margarine is similar to butter in texture and consistency and is a suitable example of substitute for shortening that you can use as you learn to bake with a more varied list of ingredients. Substituting the exact amount of shortening that you would normally use with the same amount of margarine will usually do the trick and get the texture right for your baking.

Ghee is an ingredient commonly used in the Indian style of cooking, referred to as ‘clarified butter’ in English. Bakers are of the opinion that clarified butter is the perfect shortening substitute for anything that you may be cooking. Additionally, clarified butter always gives a soft, supple and fluffy texture to the feel of what you bake. The finished product might be a little greasier and the crust might expand and puff up a little bit.

As commercially available shortening is made of vegetable oils, you can use oil as a shortening substitute. Olive oil is considered the best option for this purpose. It is also healthy. However, olive oil is not suitable for baking products that are sweet. It can replace shortening in grilled sandwiches and other such food items. But don’t use it as a substitute if the recipe requires melting of shortening. Vegetable oil is perfect as a substitute, if the shortening is meant to be used for deep-frying. Peanut oil is said to be the ideal one for deep-frying, if you like its flavor. In other words, you can use a cup of oil instead of a cup of shortening. If you want to use vegetable oil (instead of shortening) for making cakes and cookies, it will be better to use three parts oil for every four parts of shortening. In that case, slightly increase the amount of eggs and sugar.

Applesauce is more suitable for sweet cakes and cookies. In other words, applesauce can be a perfect substitute for shortening, in sweet recipes and it makes the dish denser. If you need a cup of shortening for preparing a baked food, you may replace it with half a cup of applesauce. If you are using sweetened applesauce, reduce the quantity of sugar in the recipe. You may also use half cup of pureed prunes as a substitute for a cup of shortening. But remember that this substitution will work only for baked foods. Pureed prunes are found to be perfect for baking recipes with chocolate.

Some people resort to animal fats like lard and suet, as substitutes for shortening. These are also non-hydrogenated fats, which are tasty and contain no artificial additives. However, animal fats may contain high levels of saturated fats that are not good for health. Lard is one of the ideal options, as far as shortening substitutes are concerned. If you are using lard instead of shortening, you have to use it in lesser amounts. For every single cup of shortening, you can use a cup of lard after removing two tablespoons from it (1 cup shortening = 1 cup lard – 2 tablespoons). Even fresh cream can be used as an alternative to shortening, but it is most suitable for making foods with a milky flavor (like milk cookies).

Coconut oil can be substituted for butter and most other fats in equal measure. Since its solid at room temperature, it can also be used as a spread, although it tastes very different from butter. When using coconut oil in recipes, you can melt it or beat it with sugar just as you would with butter or shortening. It has become popular as a healthier alternative to butter since it has beneficial fats.

The culinary world is evolving as people are becoming more open to experimenting with the raw materials and recipes used in traditional baking. Finding the substitute for shortening and knowing exactly what kind of texture each of these shortening substitutes can produce will be the testimony of how deep and wide ranging your knowledge about making really is.

These substitutes may work if you are unable to find shortening where you live. Try them out and let us know what you feel in the comments. Happy baking! 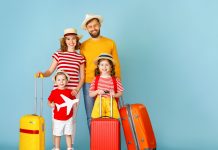