So, you are wondering if orgasms help in pregnancy? Your friend told you it does. But, does it really? Today we throw light on this delicate subject that you may have trouble discussing with your doctor.

Will Orgasm Help Me With My Pregnancy?

It is a known fact that the man needs to have an orgasm when having sex for the woman to conceive, but what about women? Does female orgasm play an important role in pregnancy?

There have always been many doubts surrounding female orgasm, but not many theories surrounding the same. If female orgasm can help with pregnancy is not clear, but it is a well-known fact that you really cannot get pregnant without having a female orgasm. There have been studies conducted to learn all about the purpose of orgasm in the female. While some researchers have termed it to be just for fun, there are others who say it helps in conception. Well, if the latter is true, how does it actually work?

Be it a man or a woman, having an orgasm certainly gives a great feeling and is considered good for physical as well as the emotional well-being of a person. While a man’s orgasm has an important role to play in pregnancy, woman’s orgasm is really not essential for the pregnancy to occur. But, there are many who wish to know if there is any role a female orgasm plays.

Some experts believe in the “up-suck” theory where the contractions of uterine that occur after a woman’s orgasm assist in the journey of the sperm to the egg. Let us now explore more about this, a little in depth to know about the role played by the female orgasm in a woman’s journey towards pregnancy.

Is female orgasm needed for a woman to get pregnant?

Well, to keep it simple, the answer is a “No”. A woman does not need to have an orgasm to get pregnant. There are many women who have gotten pregnant even without reaching orgasm. A number of experts, as well as scientists, are still trying hard to learn about the scientific importance of female orgasm. If it is not important for pregnancy, what is its actual scientific purpose? But, again, no one is really complaining!

A number of doctors today also believe that female orgasm does not have any role to play in the journey of pregnancy. As per many, female orgasm can make the woman feel relaxed and also makes sex even more enjoyable, but does not increase the chance of pregnancy for a woman. It can be said that it is indeed a good thing that female orgasm is not required for a woman to get pregnant as it would put a whole lot of pressure on the ladies to have that perfect sex all the time.

So, why a female orgasm?

If a female orgasm is not needed for a woman to get pregnant, why are women physically able to do the same? Scientists too do not know the reason why there are a number of interesting theories revolving around the same. Some of the experts have mentioned that the uterine contractions that are caused after a woman’s orgasm suck up the sperm released by the man and pulls it up till the cervix, thus helping in the fertilizing of the egg. There are other theories that say that an orgasm makes women tired and once they lie down, the sperm has a better chance of reaching the cervix. Though these theories are not proven, they do sound interesting, don’t they?

Other medical experts believe that when both man and woman have an orgasm, they have pleasurable sex and this helps in increasing the chances of pregnancy in the woman. They believe that the sperm health is more when the couple has an enjoyable sex and hence, there are more chances for the woman to conceive.

While there are no proven theories or studies that show why woman have an orgasm when it does not have any role to play in them getting pregnant, that fact that it provides pleasure and relaxation cannot be ruled out. Couples who are new to sex can also have a word with their doctor to know about the same and clear their doubts about pregnancy, when is the right time for a woman to conceive and so on.

So, all the ladies out there, just put all your doubts aside and enjoy the best intimate moments with your partner. 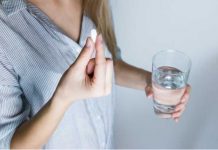 Is it safe to get pregnant with PID