If you have been following a routine of intermittent fasting for some time and have been an ardent admirer of this habit then it is hard to leave this habit when you are pregnant. But if you are really expecting a baby, you need to change your habit. You need to follow a more regular schedule.

While following intermittent fasting you must have often skipped breakfast or not taken anything after dinner. While this can be a great way to lose weight, it can be a dangerous practice to follow when you are pregnant. Doctors who specialize in cardiology, weight loss and nutrition do stress on the point that intermittent fasting may have a role in curbing inflammation, cellular adaptation, boosting cellular adaptation and optimizing energy metabolism.

Read More: Is It Safe To Take Botox Treatments During Pregnancy?

The effect of intermittent fasting on pregnant women is not conclusive enough. However, doctors don’t usually recommend fasting during pregnancy because of the following reasons 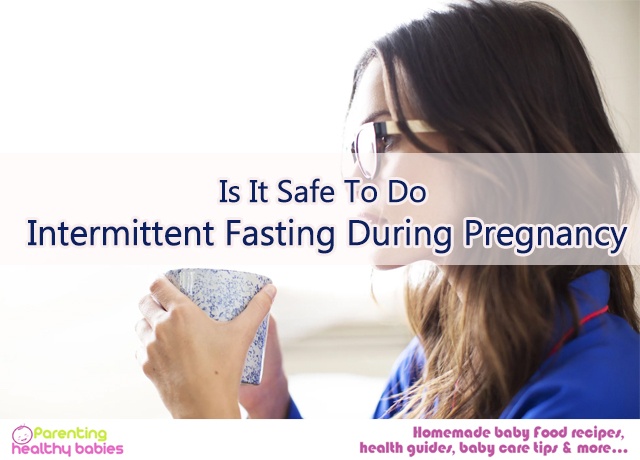 Studies of fasting in pregnancy

In 2004 a study was conducted on the pregnant women taking to fasting to observe the holy month of Ramadan in Islamic cultures. It was observed that fasting had a bearing on the pattern as well as frequency of breathing of the fetus.

Another study in 2014 has found that it may result in lower weight of the baby at birth. This is certainly something to be concerned about. However, there is another view too, which states that the availability of plentiful food may give rise to gestational diabetes. It may also result in high birth weights for infants. Another study in 2012 came to the conclusion that fasting during pregnancy does not seem to have any adverse effect. The outcome in this case was measuredon the serum lipid levels of the pregnant woman, the movement of blood through the umbilical artery and some other factors. However, the women tested on this occasion were all healthy women.

To conclude, fasting patterns will tend to work differently for each individual. It is evident from the studies cited above that the studies are inconclusive. However, it can be inferred with an appreciable degree of certainty that intermittent fasting during pregnancy may not at all be good for pregnant women. This is all the more if they are metabolically deranged or mentally stressed.

A healthy woman can experiment safely with a mild form of fasting to shed those extra kilos or prevent anti-ageing.

In the overall context more research is the need of the hour, and individual conditions are to be taken into consideration before opting for a fasting regime.

11 Best Sex Positions To Get Pregnant