Pregnancy is an exciting time for expectant parents. There are all sorts of planning that begin in the anticipation of the new one. However, there are times when a woman can experience pregnancy even when she’s not pregnant. Yes, that true! A woman may experience pregnancy symptoms without being pregnant.

All You Need to Know About False Pregnancy

What Causes a False Pregnancy?

Doctors recently started understanding the causes of pseudocyesis. Even though the exact causes are still not known, doctors suspect psychological factors may trick the body into thinking that it’s pregnant. Some doctors believe that a strong desire to get pregnant may show certain pregnancy symptoms in women. It affects the endocrine system and hence leads to pseudocyesis.

A strong desire to get pregnant may also occur due to experiences including infertility, miscarriages or mental breakdown showing some pregnancy symptoms in the body.

Furthermore, doctors also suspect that depressive disorders caused by chemical changes in the nervous system may lead to pseudocyesis. It’s possible that these chemical changes are responsible for the symptoms of false pregnancy.

Symptoms of a False Pregnancy

False pregnancy bears a resemblance to a normal pregnancy in every way – just without the baby. In both cases, the woman is confident that she is pregnant.

However, physically the most common false pregnancy symptom is a distended abdomen – similar to a baby bump. This abdominal extension is typically a buildup of fat, gas, feces, and urine. Women with pseudocyesis also experience irregularity of menstrual cycles.

Other false pregnancy symptoms include:

These false pregnancy symptoms may last from a few weeks to nine months or even for several years.

Women with pseudocyesis undergo imaging tests like ultrasound to confirm the absence of a fetus. There can be blood tests involved to get a clearer picture.

Typically, the doctor will perform a pelvic exam and evaluate symptoms. If there is no sign of pregnancy to the doctor, an ultrasound is performed to confirm. Urine pregnancy tests in such cases are always negative – except in the case when there’s rare cancer which produces similar hormones. The doctor will also check for other medical conditions such as morbid obesity, cancer and ectopic pregnancy as the three of them can cause pregnancy symptoms in women. Separate treatment is carried out in the case of these medical conditions.

Pseudocyesis is psychological. Hence it’s treated with utmost care by the medical professional. Showing proof through imaging techniques such as ultrasound isn’t just enough. Even though false pregnancies don’t have any direct physical causes – they are typically not treated with medication. However, if a woman is experiencing pregnancy symptoms such as irregular menstrual cycles – medications may be prescribed. A psychotherapist is recommended to treat pseudocyesis. There is a need for unconditional psychological support paired with active therapy to help the patient recover.

False pregnancies are rare – but it surely can happen to anyone. Even men can experience a related phenomenon, medically known as couvade – or sympathetic pregnancy where they can experience symptoms as their pregnant partners. The bottom line is that a false pregnancy will resemble a normal one in every way – except the former doesn’t have a baby. However, the important catch is to take the case of false pregnancy seriously and get adequate medical attention. Digital platforms like Momspresso help women by providing accurate information to all things related to women such as pregnancy, health, parenting and more. 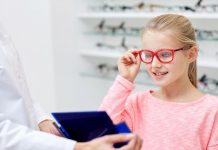 The Importance of Protecting Your Child’s Vision from UV 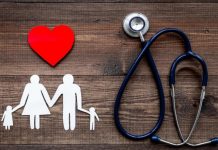 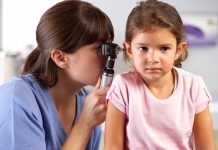 Why You Should Take Your Child to See a Family Nurse Practitioner Instead of a Doctor?

5 Ways to Improve Sleep Quality After the Birth of a...

How to Prevent Children’s Head Injuries