Choosing to teach your child a second language from an early age can benefit them in so many ways. Not only will it help them communicate when they are abroad and to do well in languages at school, but it’s also believed to benefit them in other developmental areas, from becoming more open-minded to exercising their brain.

Money saving experts Couponbox recently discovered that it costs up to $50,483 to learn a new language in the US. Not only does it cost a lot, but it takes a long time to become fluent so people need to commit a lot of time and effort. But the benefits certainly outweigh the cost. If we taught our children a second language from a young age, then we would be nurturing a bilingual generation who would benefit from the advantages for years to come.

Development of the brain and the body are key elements to how your child grows. Why exactly is learning a second language be such a contributing factor to progressing well in childhood and adulthood?

Do Children Find It Easier to Learn a Second Language Than Adults?

The younger the brain, the easier it is to absorb information. Children develop by wanting to learn all about life, so it becomes effortless to learn a second or third language while they are young. Studies at Harvard University showed that children who learn languages at a young age tend to be more creative and better problem-solvers in life, as well as achieve higher scores in standardised tests. It appears that once a child has learned a second language, they also find it easier to pick up additional languages too. A child’s mind is like a sponge, absorbing information all the time. So, starting to teach them another language, even early in life, will be easier than you think.

What Are the Benefits of Teaching Your Child a Second Language?

Of course, there is an obvious way in which your child will benefit: you will be giving them the useful skill of communicating in a native language while they are abroad. But how else will it benefit them? Studies suggest that we find it harder to learn a new language as we get older, so it is better to start young. Children who learn more than one language from a young age often become more academic at school, also showing awareness of cultural differences and the big wide world beyond their home country. As adults, they seem to be higher achievers with the willingness and ability to absorb more knowledge – which puts them in good stance to succeed. Not only will you be helping them to develop as children but you will also be furthering their desire to flourish and thrive as adults. Adults who have the skills of speaking more than one language can also choose a career that requires foreign languages, giving them an impressive addition to their CV.

When Should You Introduce a New Language to Your Child?

Experts suggest that it’s good to start at the age of just 3-4 years old. It is important to make it fun and not demanding, so that they don’t stop feeling motivated or feel pressure. For example, if your child points at an object or an animal and says the word in English, repeat it to them in the second language. These small initial steps will over time slowly increase to the point where you will be able to have conversations in the second language together. Be mindful that at some point your child may refuse to speak in the language they are learning, so don’t force it – just let them take their time so they don’t lose interest. It’s also important not to attempt to teach more than one language at a time, in case they become confused.

Giving your child the gift of a second language can equip them not only for confident fluent speaking when they travel abroad, but will also encourage their brain development for school learning. They will advance to become strong and motivated adults who can succeed highly in their career too. 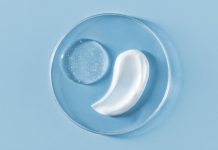 Spermicide: Usage, advantages and side effects 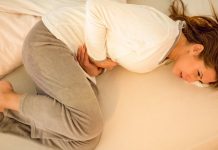 PMS vs Pregnancy: 11 Differences you need to know 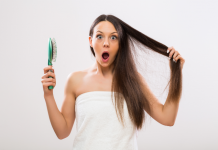 11 Vegetables to Avoid During Pregnancy

Essiac tea: Benefits and side effects