Questions arise relating to hair treatment during pregnancy are common. Most of the treatments involve chemicals and dyes which leave women wondering if they really are safe. For a pregnant woman, it is well known that there are chemicals need to be avoided which can have a negative effect on the baby.

Are Hair Treatments Safe During Pregnancy? 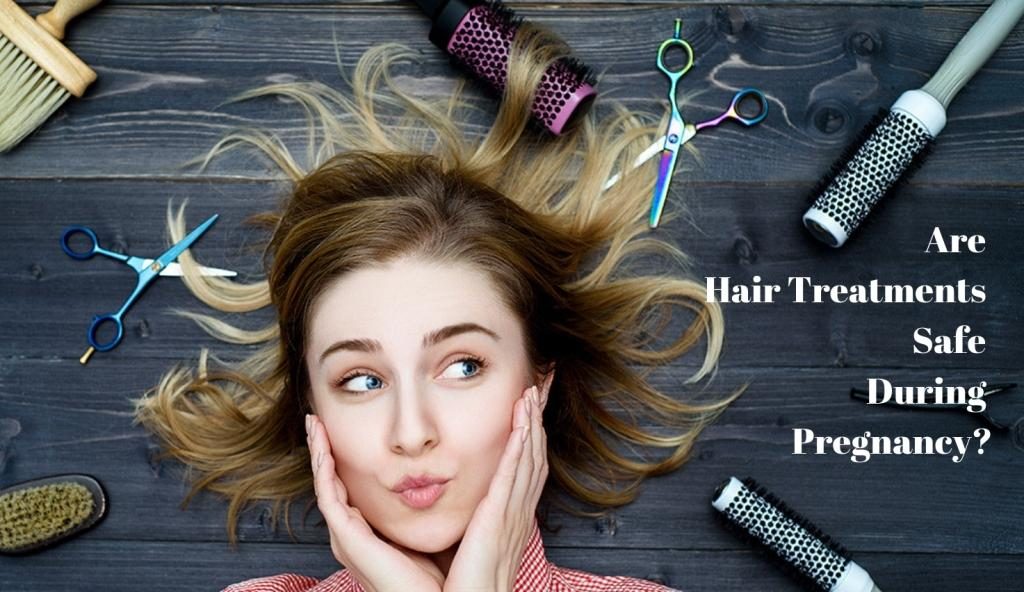 Chemicals in hair products have negative effects with birth through the years. Many products have been linked to miscarriages. Avoid these chemicals is the perfect solution for pregnant women.

The different types of hair treatments include

Several studies have been done to study the impact of colours, dyes and various hair treatments during pregnancy. Some of them suggest that women face a greater risk of miscarriage if dyes are applied while pregnant. Others suggest that the amount of chemicals absorbed for the scalp is minimal and doesn’t affect the child.

Are Hair Dyes and Treatment Chemicals Safe while Pregnant?

Only limited researches suggest that chemicals found in both semi-permanent and permanent dyes are not highly toxic and are safe to use during pregnancy. Only small amounts of hair dyes absorbed by the skin, leaving little that would be able to reach the fetus. And, this small amount is not considered as harmful to the fetus. The same is considered true for breastfeeding.

During pregnancy, the volume of blood in the woman’s body increases, which makes her more sensitive to chemicals. As all hair treatment and dyes contain small amount of chemicals which gets absorbed by the scalp. Avoid treatments which use excessive amounts of chemicals.

Using regular hair dyes during pregnancy is fine, but if there is any doubt go for safer alternatives to consider. For example, having highlights on hair decreases any risk as the dye is only placed on strands of hair and does not touch the scalp.

Thus, chemicals are not absorbed by the skin into the bloodstream. Another alternative is by using pure vegetable dyes including henna. Some doctors suggest waiting at least until the second or third trimester, if not until after pregnancy, to dye the hair.

Pregnancy can sometimes change the hair’s texture. It may also cause hair to react differently to perming or colouring.

What if I Work as a Cosmetologist and am Pregnant?

Women are generally advised to stay out of the salon. But for professional cosmetologist, this option does not exist. They are surrounded by products that contain chemicals. For cosmetologists, the risks during pregnancy come from the amount of exposure to hair treatment and chemicals, which is affected by the number of hours worked, as well as, working conditions. According to a study it indicates there is a greater risk for miscarriage in women who apply large numbers of bleaches and permanent hair dyes. Also a recent study suggests that women working in the field of cosmetology have more preterm births than those who don’t.

Proper working conditions, such as wearing protective gloves and masks, not eating or drinking in the work area and making sure the work area is well-ventilated are also important to limit exposure to hair treatment chemicals. So, try to minimize the contact with chemicals as much as possible.

Not much is known about the safety of hair dyes during pregnancy. Only a small amount is absorbed into the system after applying dye. Very little use of chemicals can affect the baby. Talk to the doctor for further information. Therefore, hair treatments are generally considered safe during pregnancy.

Olives in Pregnancy: Is It Safe?

5 Best Apps And Gadgets For Couples Trying To Conceive