Treasure hunt, did the picture speak(story time), dog and the bone, the marble-pond game, hopscotch, let’s learn some rules!, statue! , limbo in the garden, mountain! river! land!, kho-kho, group into a number, hide and seek, puzzling, build your tower, a letter came from New York, has anyone seen it?, tagged, come on! chase! and ring a ring o’ roses! are some of the games for 3 year olds.

Childhood is the most precious time of one’s life. So, as parents it becomes our duty to see to it that their childhood is not just memorable but also a learning experience. So, do let their childhood be lost in the brightness of gadgets. Let them go out, and test their mental and physical skills. Here are some interesting out of the box game ideas for kids.

Top 21 Out of the Box Game Ideas for Kids

Why not let the treasure of your life go for treasure hunt? Let them explore the surrounding, find links with the help of some simple clues to reach there treasure. You can put some gifts or chocolates at each link. This will not just be a fun activity but also, help them learn a lot of things. It will help them know there surrounding and also learn to explore. Such activities boost the curiosity level in kids.

Did the picture speak(story time)

Well, kids are a potful of curiosity so bring it to test in this game. Show them a picture that depicts a story line and let them cook up a story related to the picture. This can be a group activity as well as a solo task. I’m sure your kid will have a fun time as he explores his own thoughts and ideas.

Dog and the bone

I’m sure you must have played this game in your childhood. Kids are divided into two teams and they are made to stand opposite to each other in a line, with a distance of 2-3 metres between them. A ball is placed in the middle, and each time one person from both the teams comes up and tries to take away the ball. So, the maximum number of times the ball is taken away by a team decides the winner.

What’s amazing that this is both an outdoor and indoor game. Just place several marbles in a huge tub of water, let some water toys float in the tub. Now, let the kids collect as many marbles as they can. The one with the maximum number of marbles wins. It’s a great way to increase their efficiency.

You must be familiar to this one. Just draw the hopscotch pattern on the floor and each box is numbered from 1 to 10 or so. As is it each person takes a turn and tries to throw the pebble out to the highest numbered box. For the twist let the person with the highest achievement draw an extra box for the others to cross in order to win.

It’s time for role play now. The scene is supposed to be that of a busy road. One of the kid is a cop, others pretend to be vehicles and pedestrians. Now, you need to teach the kids some traffic rules and ways of walking and driving on the road. The cop directs the traffic and the others follow the rules of the road, follow traffic lights and the cop. This is a fine way to teach kids some traffic rules.

“IF YOU MOVE, YOU ARE OUT!” Remember? A person counts and the others are allowed to run or move around unless the one who is counting says statue and then the one who makes the slightest of movement is out and becomes the next one to count.

Read More: 72 Activities to Keep Your Kids Busy This Summer

Limbo in the garden

This is an interesting one! On two sticks which are vertically places at a distance, we tie a rope. Let the height of the rope reach the neck of kids. So, play music and challenge them to go under the rope to the other side while singing and dancing. In each round the height of the rope is lowered and the challenge becomes more tough. It’s going to be a fun experience, do let your kid sing, dance and play.

This one is little different. You divide a place into sections, like the higher ups will be called mountain, the medium ones be the land and the lowest level plave be the water section. Now, one of the kid decides to take authority of either the mountain, land or water. In case , the kid chooses land as his territory, so the others are allowed to move in the other places, but once they step into Land, the owner of land will run to catch them, if caught, they will be out of the game. Also, if the owner of land steps into mountain or water, he will be pinched by the other kids.

This game is not just for toddlers but also older kids. So, if you have a huge group of kids teach them this game. Kids sit in a queue, trying to balance on their knees, dreading to be tapped on their backs because that will mean running all over the place and chasing the opposite team kids. It’s fun, but for small kids, the rules can be a bit modified and simplified, so that they do now face problem.

Group into a number

If you want to take your kids to a park this is a perfect game for them. In a park, children move about in a circle and a leader says a number suddenly. The children have to group into that number and the extra ones will be out of the game. Thus the game begins to be interesting as the number decreases. A lot of kids can play this exciting game together.

Hide before you are caught! This is an interesting game for kids. One of the kids does the counting turning his back around the others whereas the others hide in some place. Now, the kid has to find the others, but if one of the lot comes and pats at his back. He will have to go back and count again while the others hide. Also, the one who is caught first is the next one to count. Fun, isn’t it?

In order to enhance the hand-eye coordination of your kids let them puzzle around with some puzzles. So, as to make it more exciting. Take the parts of the jigsaw puzzle and hide it at different places in the house. Let the child find those parts and them solve the puzzle.

Check your kid’s creative level with this activity. Give them some paper cups or some cards and let them build several patterns and towers. You can also buy a set of tower building.

A letter came from New York, has anyone seen it?

Heard of? Well yes, everyone sits in a circle and one person moves around the circle hiding a piece of cloth in his hand and drops it behind the back of one of the kids and tap the person. The person who now has the cloth catches the first player and the one who is being chased has to run around the circle and sit in the place of the person chasing or else he will be out once he is caught.

With just 3 or more kids along your kid can play this outdoor game. As one of them closes there eyes and does the counting while the others run away at a distance, after the counting the child chases the others and tags them by patting on their back. The next person runs to tag the other one and it continues. Fun!

This is simply the easiest outdoor game ever. Others run while one of them chases them. The one who is caught first is the next one to chase. So, basically your kids run, chase and catch like Tom and Jerry.

It is obvious that kids may not know many words at this age. So, in order to check as well as improve their vocabulary, we can play word game. One person says a word and the other has to say another word with the end letter of the word said. Thus, it passes on and the one who doesn’t have a word to say are ultimately out. It will surely be a helpful game.

Just hold each other’s hands and go around in circles singing the rhyme ‘ring a ring o’ roses’ and fall down as you say ‘fall down!’ the one who sits down late is out.

Let’s test the strength of the kids. Divide them into two teams, each team holds a rope from one of the ends and tries to pull it towards themselves. The ones that are able to pull the rope towards them win. This game teaches importance of team spirit and effort to kids.

Fit in the line

Why not teach kids to stand in attention with the help of a simple game. Using a chalk draw a line while the kids are made to stand at a distance. Ask them to run and stand straight on the line, the one who doesn’t fit in the line is out. The line keeps getting shorter and the players keep being eliminated unless you get a winner.

I’m sure these games and activities will give various benefits to your kid. It will not just enhance their physical strength, but it will also enhance their creative skills and curiosity. Thus gifting them a happy childhood. Happy Parenting! 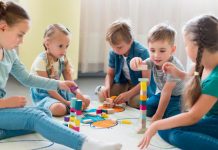 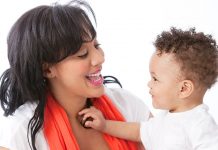 11 Must Watch Christmas Movies For Kids